ICVA has been supporting and facilitating NGO coordination since the 1990s. A key aim of ICVA is to help improve humanitarian preparedness and response, and increase the effectiveness of NGO coordination mechanisms in humanitarian contexts. In 2014 ICVA convened three regional meetings of NGO coordination bodies in Dakar, Bangkok and Amman, to exchange constructive ideas for strengthening the collective action of the humanitarian NGO community, and to explore the critical and common challenges involved in NGO coordination. These meetings were used also as an opportunity to harness feedback from NGO fora on ICVA’s guide to NGO coordination, leading to the creation of the NGO Coordination Resource Center (ngocoordination.org). Similarly, in 2015, ICVA organised region-specific meetings starting in the Middle East and North Africa (MENA), to bring together NGO fora to help improve collective understanding around NGO coordination, ultimately improving effectiveness in delivering aid to those in need. This report is the summary of the discussions during the two-day meeting held in Amman in June 2015, bringing together representatives of NGO fora working in seven contexts in the region. 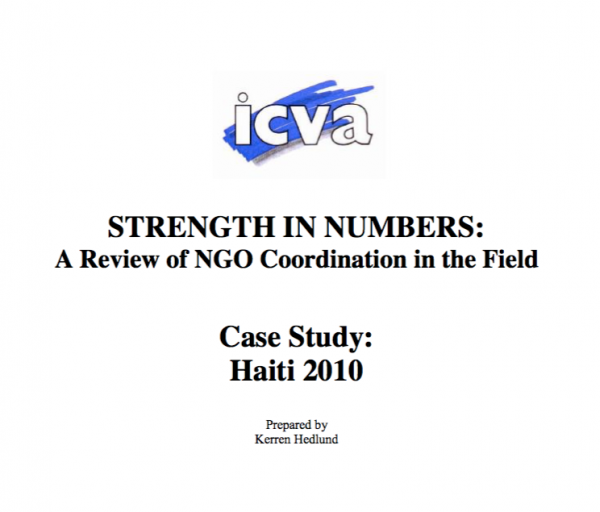 Strength in Numbers: A Review of NGO Coordination in the Field, Case Study: Haiti 2010

Since independence, Haiti has experienced decades of political turbulence and violence, during which the government was unable to - and some argue not supported to - provide for the Haitian people. The Haitian people have learned to look to non-governmental organisations (NGOs), rather than the... 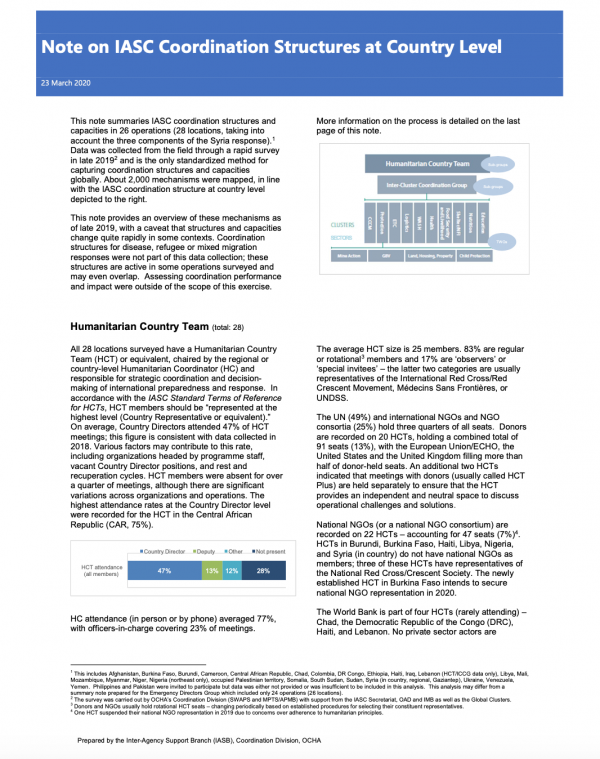 This note summaries IASC coordination structures and capacities in 26 operations (28 locations, taking into account the three components of the Syria response). Data was collected from the field through a rapid survey in late 20192 and is the only standardised method for capturing coordination... 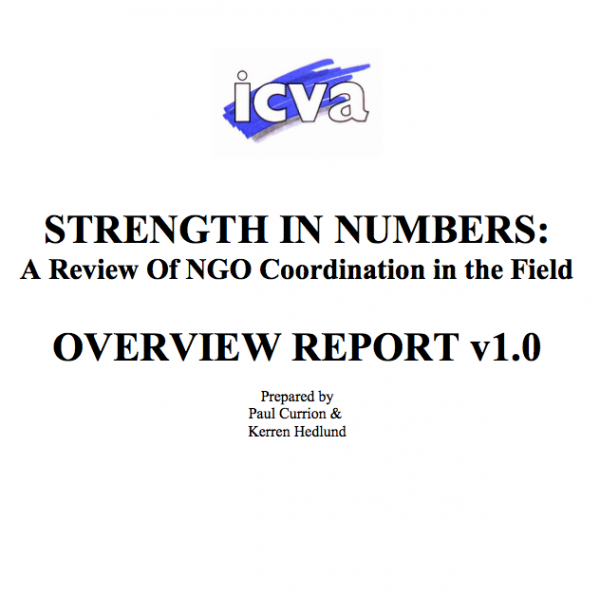