International organisations have been providing relief in the occupied Palestinian Territories (oPt) since the war in 1967. Due to the occupation, intermittent conflict and general economic decline, between 1993 and 2003, the oPt received USD 6 billion in international aid - half of these funds disbursed since September 2000. While the amount of aid given to oPt (and Israel) is "unparalleled", the oPt continues to experience a decline in development indicators or as, described by the international community in the oPT, to "de-develop". While the reasons are for this decline are complex, the provision of aid, particularly relief, as a means of addressing this decline remains controversial. As Mary Anderson notes "everyone ... agree[s] that donor assistance to the oPt plays into and reinforces the Israeli occupation of Palestine. In 2002, nearly 10 percent of all donor assistance was channelled through INGOs representing USD 148 million. This percentage increased significantly between 2006 and 2007.

Unsurprisingly there are very few international agencies that work in the oPt that don't include advocacy on behalf of the Palestinian people on its list of interventions - albeit with different objectives, methods and means. However when speaking out agencies prefer "strength in numbers" as the Israeli Defence Forces (IDF), the Palestinian Authority (PA), Hamas, the Palestinian people themselves - even governments simultaneously supporting Israel and Palestinians - can, at anytime, single out an INGO and create difficulties for them. The impetus for the establishment of the Association of International Development Agencies (AIDA) was to create this forum for concerted advocacy. This close collaboration among INGOs is also facilitated by a largely urban operating environment with development and humanitarian aid agencies living in close proximity of each other. The oPt has good communications and transportation allowing for easy networking, meeting and coordination contributing to a relatively "small and collegial" INGO community.

While donors have different budget lines, humanitarian and development aid is largely conflated as in other chronic emergencies. The various coordination mechanisms are also linked. The Local Aid Coordination Committee (LACC) with its Humanitarian Steering Committee (HSC), the Interagency Standing Committee's (IASC) Humanitarian Country Team (HCT) and the "Friday group" are some of the few coordination forums. The LACC is under the auspices of the Ad-Hoc Liaison Committee (AHLC), chaired by the Prime Minister and established after the Oslo Agreement in 1993 to facilitate the provision of aid to the oPT. While considered "cumbersome and confusing", a review of coordination of humanitarian aid in oPt since 2000 noted successes in: donor collaboration, mobilising large flows of flexible aid (emergency and budget support) and in doing so mitigating the impact of conflict; strengthened collective representation to Israel (including INGOs); remaining resilient enough to accommodate new bodies and operational links; and raising the standard of review and debate on needs and priorities as well as appropriate instruments to best address them. 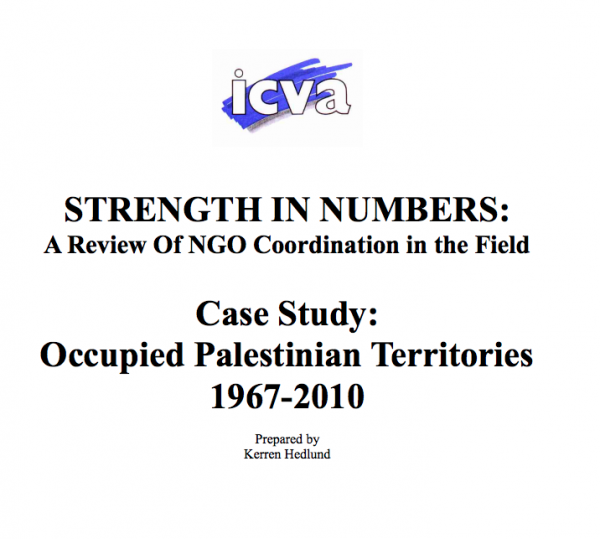 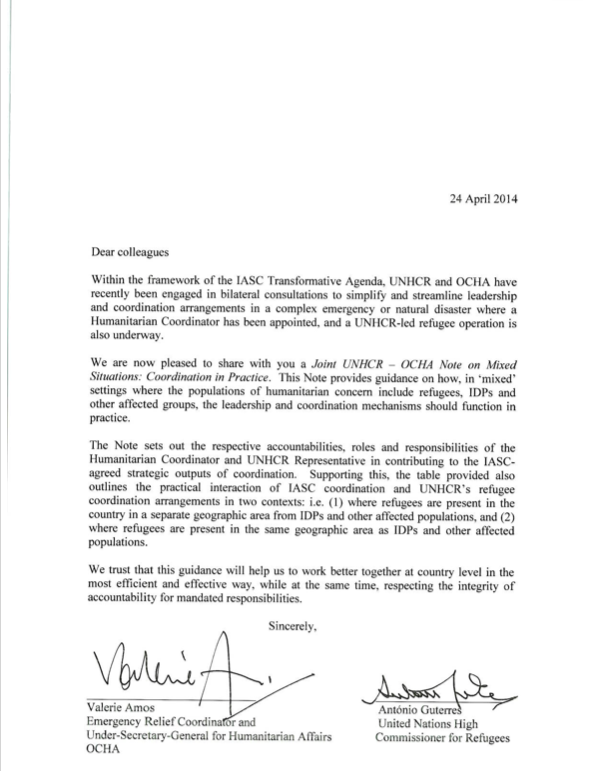 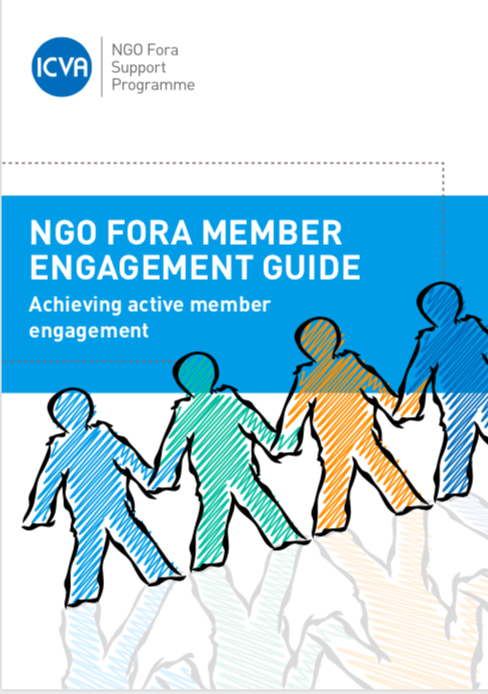 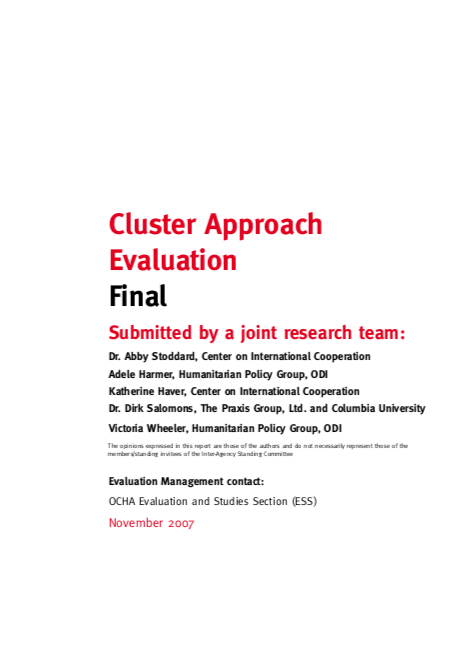 When it accepted the introduction of the cluster approach in pilot countries in 2005, the Inter-Agency Standing Committee (IASC) called for an external evaluation to be performed after two years, to assess the mechanism’s progress and effectiveness. In 2007 the IASC designed the terms of reference...