The peace agreement and the establishment of a government in south Sudan pose new challenges to established means of NGO coordination. Working under a tripartite agreement between the UN, Government of Sudan (GoS) and the SPLM meant that NGOs, which came under the umbrella of the UN, were unequal partners. With the establishment of the Forum and the SC, NGOs could use their collective voice to greater advantage. Unfortunately, the OLS/non-OLS distinction – which the UN was obliged to maintain rigorously until the peace talks were well underway – created artificial divisions and rivalries which undermined coordination between NGOs. Lack of international political recognition of the SPLM’s de facto government complicated attracting funding. Lacking a viable tax base, and in the absence of effective governance and regulation, the local authorities resorted to taxing NGOs directly and indirectly – behaviour which was tolerated, and even encouraged, by some donors. 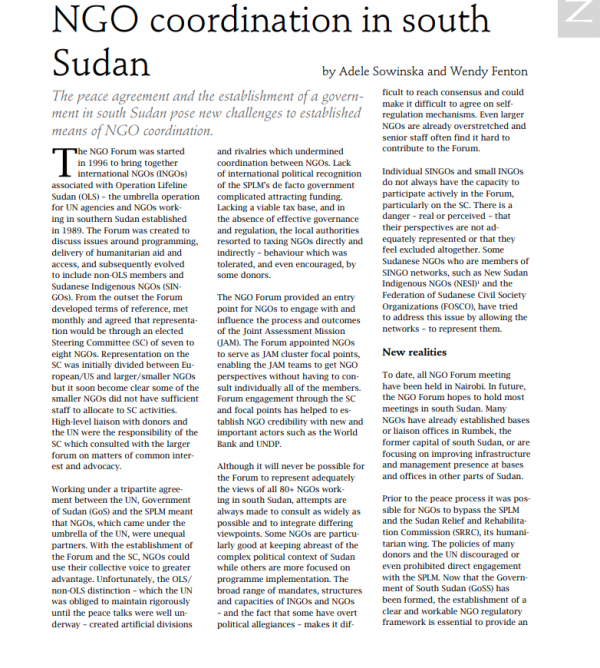 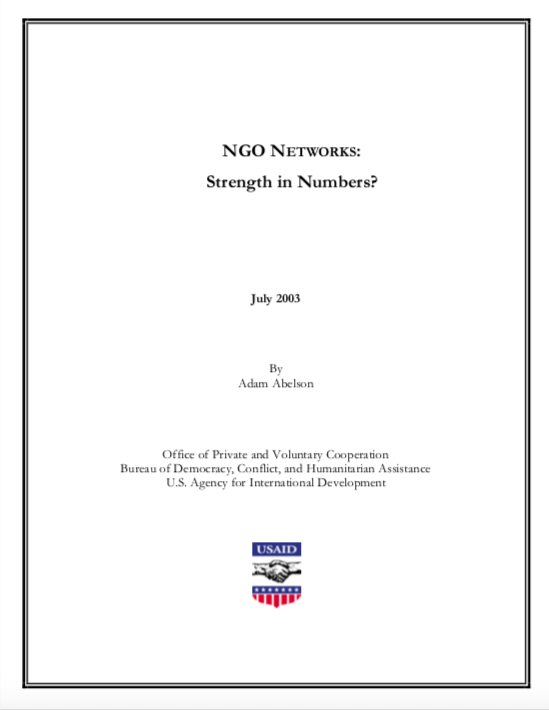 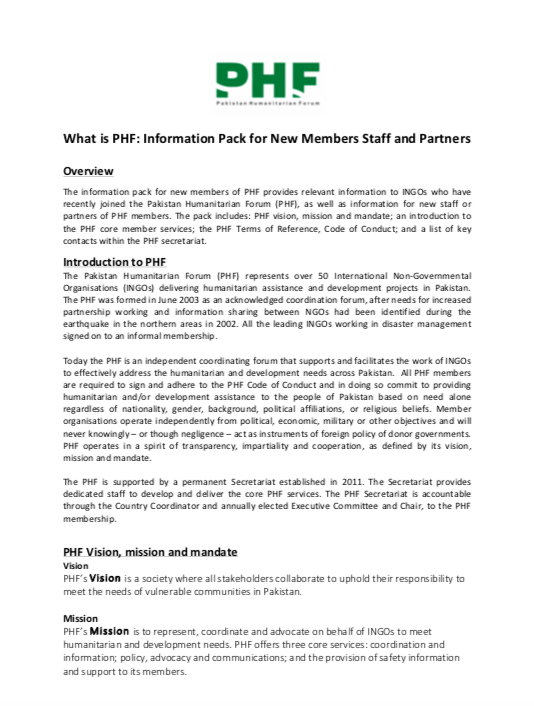 What is PHF: Information Pack for New Members Staff and Partners

The information pack for new members of PHF provides relevant information to INGOs who have recently joined the Pakistan Humanitarian Forum (PHF), as well as information for new staff or partners of PHF members. The pack includes: PHF vision, mission and mandate; an introduction to the PHF core... Since the early 1990s, military forces have become increasingly involved in humanitarian assistance. This encroachment into what has traditionally been seen as ‘humanitarian space‘ raises significant issues of principle, as well as policy and operational questions not only for humanitarian agencies,...